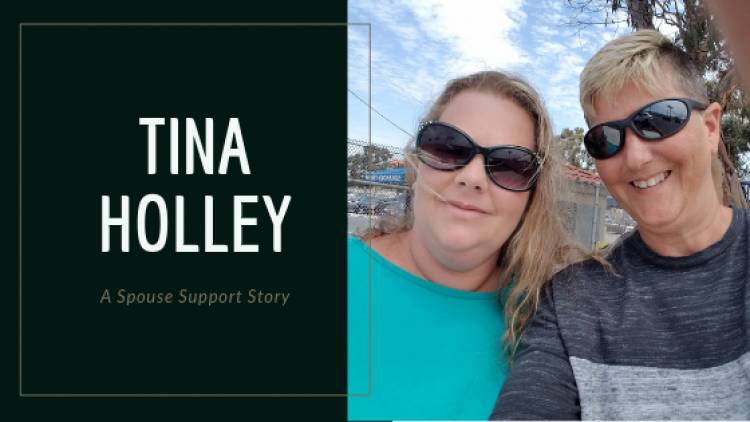 A lot of spouses can relate to their significant other, feeling unattractive, and having a hard time comprehending that they are seen as attractive in the eyes of their spouse. When a person sees themselves a certain way, they assume everyone else sees them that way as well, which usually is not the case. Sometimes it is hard for the spouse or partner of the patient to understand why they want the procedure done, but they support them all the same. The insecurity of the one suffering from obesity often leads to issues in the marriage. Tina Holley and her wife Shawna were struggling.

“My wife’s weight did impact our relationship as she would get insecure and pull away emotionally, thinking I wasn’t attracted to her, no matter how much I would say I was to reassure her; it was still an insecurity.”

Tina did not fully comprehend the need for surgery as a solution.

“My thoughts on the surgery idea were, why do you feel the need for surgery?  You’re not morbidly obese. Just change your eating habits and go to the gym. Deep down, I knew she had tried every diet known to man and the gym? Well, we have ten kids, of which 7 of them live at home, and 6 of those are adopted, and most of them have some type of disability. I knew she didn’t have the time to go to the gym.” 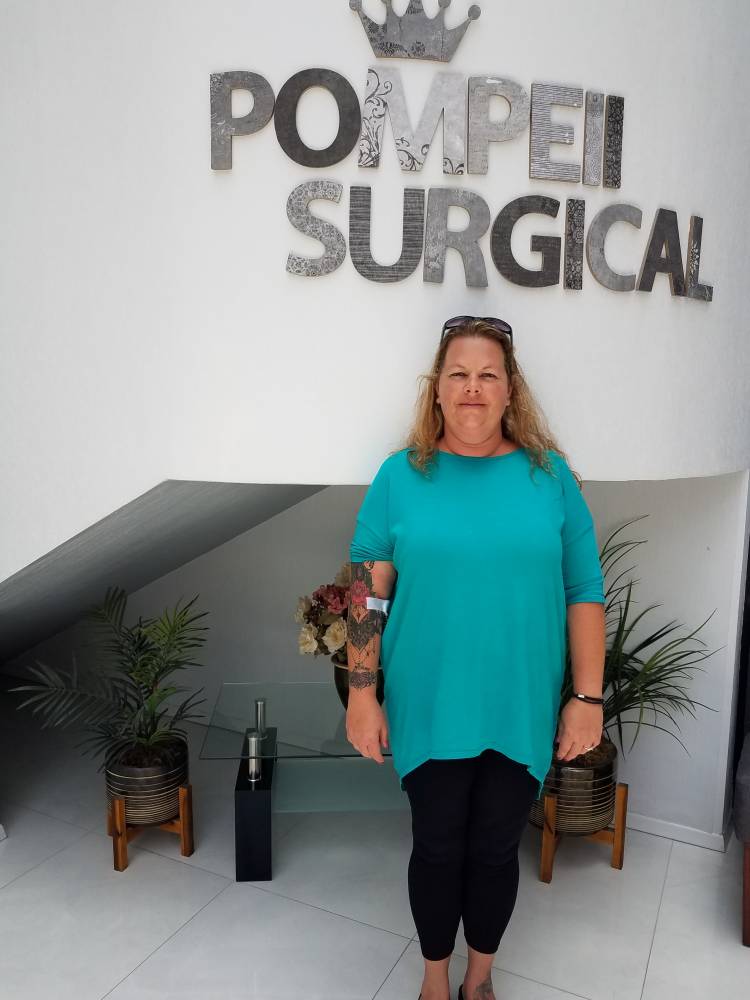 Tina was, however, worried about her wife's health due to her weight. Shawna was not at that point suffering from any illnesses or health conditions due to obesity, but Tina knew that it was only a matter of time before that was the path they were on.

“I was worried about her weight and health as her family has a history of diabetes and heart problems. I feared for her life. And no matter what fade diet she was on; I saw her get depressed at the lack of weight loss and even more weight gain.”

Tina being the loving wife, enjoyed spending time with her wife, and occasionally documented those moments. But for someone like Shawna, she did not often share the excitement of looking back at those memories due to what she would see in the photo.

“I remember us being at the beach and I took a picture of her just laying out on the sand enjoying the sun and the sounds of the waves. Later that night, she asked to see the pictures I took of the day. When I came upon that picture her face dropped, and she said “I look like a beached whale” I could see the devastation in her eyes but even with me telling her she was not and that she was beautiful, it didn’t matter as that is what she saw and how she felt.”

Eventually, Tina’s wife came to her with the idea of weight loss surgery. Tina’s cousin had her surgery at Pompeii Surgical, so Tina was not new to the idea, but she wanted to look into the pros and cons of such a drastic decision.

So Tina quickly became the support system that her wife needed to get her through such a difficult life change. It was not a walk in the park.

“I have always been very supportive of my wife, but for some reasons, my own insecurities came out. This is more permanent as there is no going back, no food cheating, and our date night dinners are done. I realized after the surgery that I was having a hard time supporting her. I missed my wife at dinner time.” 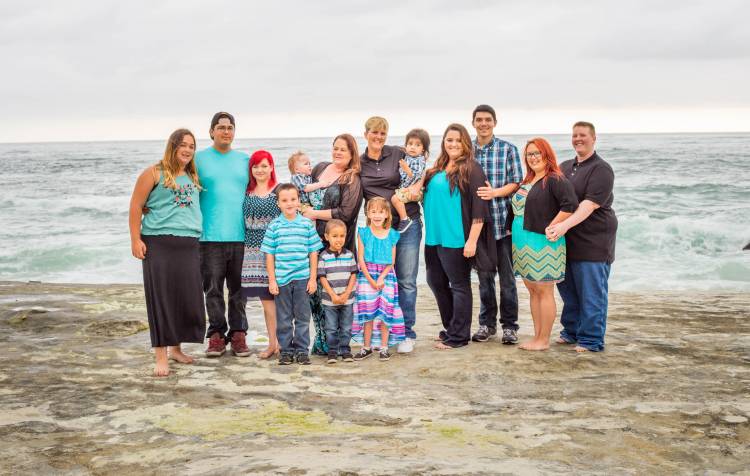 Lifestyle change of any kind is difficult and takes time to get used to, but for the spouse, it is another type of challenge entirely. They do not have to make these changes, nor do they really always want to, but they do it to support the person they love. It is a strength and type of support that really gets the patient through the process.

“My wife required my full support by just being there for her, to hold her, tell her she is doing good, reassure her she made the right choice and remind her it is all for the better for her health and mine as well as I have started eating better to cheer her on.”

Tina’s wife stated that she:
“Helped out a lot mentally with a lot of support and positive words of encouragement and understanding.”

Tina experienced Pompeii Surgical in a way that is unique only to the companion of our patients.

“I thought Pompeii surgical was amazing all the way around.  From the transporters to and from the border and to and from the beach house. Every member of the staff and Dr. G were very compassionate with my thoughts and concerns and treated me just as good as my wife, who was treated like a queen. While my wife was in surgery, I had all faith in Dr. G, I laid on my futon and watched Netflix and talked with other spouses about their experiences so far.”

Tina’s wife only had her surgery as recent as a little over one week ago, and they are still in the midst of the recovery process.

“Well we are still in the middle of the aftermath, my wife is only 1 week post-op and we are learning things every day as to new things to make with the protein powder and we are learning to rely on each other for support and to be more understanding of each other’s feelings throughout this change in our lives. My wife is still going through the recovery period, and she has been in very good spirits, she has been more support to me than I have needed to be for her, as I was the one having problems with her not being able to eat what I was eating.”

Tina’s relationship with her wife has drastically improved since the surgery. The process made them so much stronger. 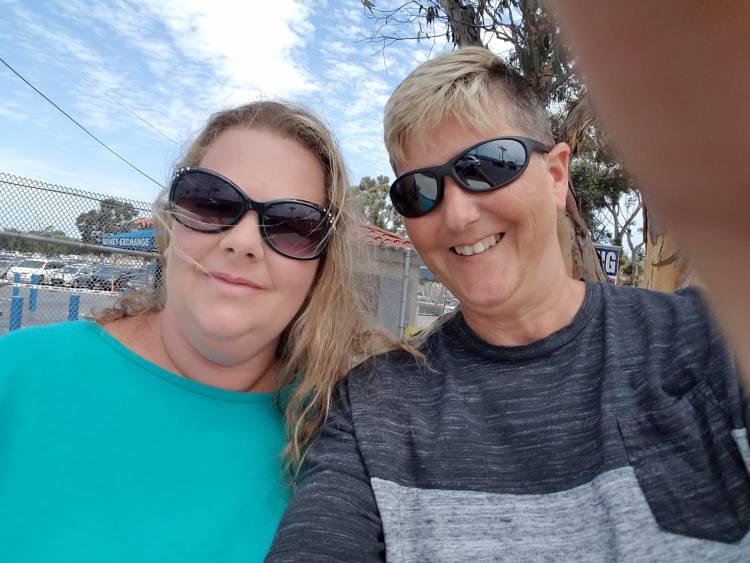 “This experience as It has brought out insecurities, we both didn’t know we had, and we are working on those and will continue to work on those to make our relationship rock solid.”

Tina and her wife had a life-changing experience at Pompeii Surgical and wish nothing but the best for those patients and support systems that are still contemplating the surgery.

“My advice to spouses or partners of the patients, get a lot of sleep before surgery because you WILL NOT get much for at least 72 hours after surgery if you stay at the surgery center with them. If you can book the Beach House, please do, as they are very helpful with teaching you different ways to make drinks with the protein powders and they are full of knowledge about post-op. Also, make friends with other spouses and partners while you are there because they are going to be your support while you are going through this and they will end up being life long support and the people we have met are amazing. Also, ask lots of questions if you don’t understand. Pompeii is better than I could have ever imagined. They are very clean, so clean that you could eat off the floor clean, all of their staff are very friendly, and if they don’t understand what you are asking, they got someone really fast to translate. I would highly recommend anyone that is looking to have the Sleeve, mini bypass, or full bypass to go to Pompeii.”

Suleiry Matos is Changing Things One Person at a Time by...

Rachelle Parham Says Only You Know What is Best For You

How to manage your weight loss for the long run.

Dakota Inspires His Wife Lizz to Get The Surgery That Changed...

Dakota and Lizz tell me about their decisions to get weight loss surgery and how...

Carla talks about her secret surgery and how she is doing afterward.

La'Sheka Drew tells how she overcame and decided to take her life into her own hands.