"I recognize the old me, but I'm glad he is gone." Jayson Maples Follows up With us about His Progress. - Varient - News Magazine

"I recognize the old me, but I'm glad he is gone." Jayson Maples Follows up With us about His Progress. 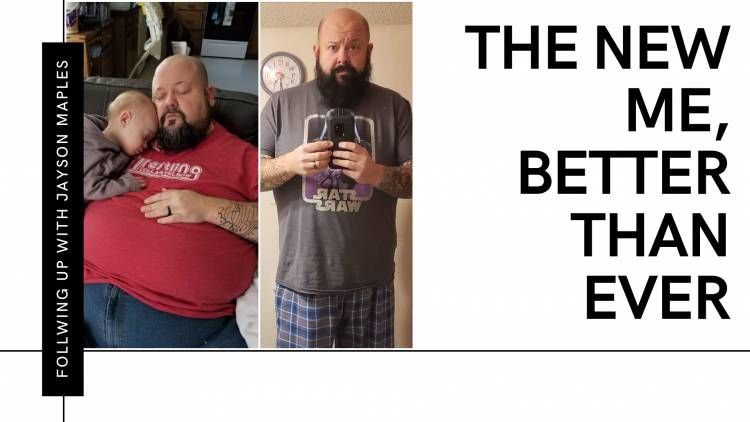 "As a comedian, I had no problem making other people laugh, but on the inside, I began dying. I was in a miserable marriage; she would physically and mentally abuse me and make me feel like I was worthless. I was slowly gaining more weight as depression set in, and then it happened.......

I hit rock bottom on August 10th, 2008. I got really sick that morning. I had to be taken to the hospital by ambulance as I could not move. I was running a 105 temperature, and my blood was septic. It was on that trip to the hospital that I also found out I was 575 lbs. I did not have a scale at home, and always just guessed maybe I was around 400."

You may recognize this story. Jayson Maples is a Pompeii Surgical patient who was featured in this magazine months ago. Jayson always felt like he was bigger than everyone growing up. It didn't bother him; in fact, he used it in his comedy routines when he did stand up comedy. He was also a pro wrestler and didn't let his size hold him back from experiencing life.

There are some who have this surgery after years of struggling with self-image and hating their weight. Although Jayson didn't let his weight bother him, his weight was leading him down a dangerous road when it came to his health. Jayson had a health scare and one that led him to find Pompeii Surgical.

"I found out I was diabetic, had sleep apnea, and that I was considered morbidly obese all at the same time. I wanted just to die, and in fact, I attempted suicide about five weeks later because I thought that was a quick answer to a temporary problem. I am so thankful my attempt was unsuccessful! I felt like I was at the end of my rope. I needed a knee replacement and could hardly walk. I felt like I was dying and had bad depression and anxiety daily."

Jayson began feeling overwhelmed and lost. He didn't know where to turn and just was feeling miserable. He sank into a depression but eventually realized that there was hope and that he could pull himself out of this. He could get to a healthy place mentally and physically. That is when he met Rachel. Rachel was a fitness coach and began to inspire him to get healthy.

"You name it, I tried it, but I was also complacent because I used my obesity to make others laugh and I was a national touring comic, so I thought that if I lost weight, I'd lose my gimmick and subsequently lose my job."

Jayson's friend wanted him to come along to Pompeii Surgical because he was getting his weight loss surgery.  Instead Jayson scheduled his surgery on the same day and they went together and started their amazing journeys June 17th of 2019.

"My pre-op went well. I was diligent. I knew how to count calories and knew how to train. I was actually down from 570+ lbs to 433 lbs from the lifestyle change I had begun with my wife. Knowing I was going for surgery just gave me added fuel to the fire and dropped 30 extra lbs during the two weeks pre-op. My wife has been beside me and been supportive of me since day one. She is my best friend, my wife, and my trainer. The fact that I also have a 28-year-old son and three younger sons at home, 11, 7, and 3 years old that I want to watch grow up also added to my decision for WLS. I geared myself up that I was doing this not only for me, but for my family. It is not hard to stay on track when I remember that I want to be around for them." 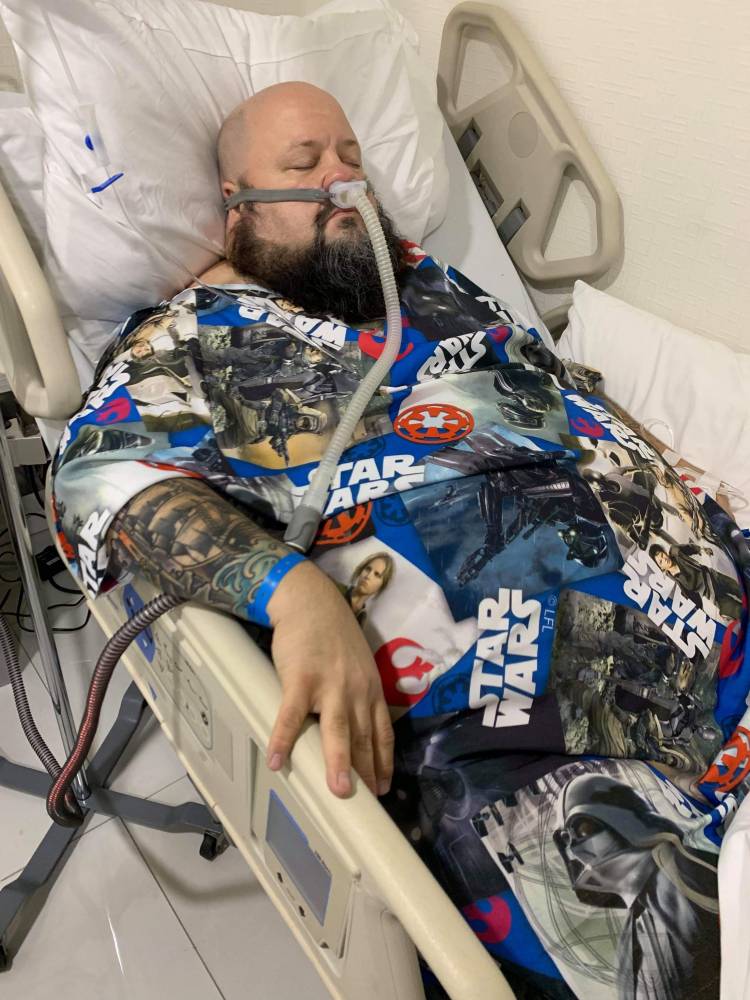 Jayson had his surgery with zero complications, and although he struggled the first couple weeks with doubt about what he had done and wishing that he hadn't done it at all, he eventually got to the point where he was losing weight, in better health, and feeling fantastic. Jayson ended up getting in such good health that he was off all of his medications and even off his anxiety medications.

His final thoughts about his procedure when this article was published on July 21st of 2019 were:

"Start to finish Pompeii Surgical was a great experience. From Javier who picked me up in San Diego, to the nurses who took this guy with deep veins blowing out and got the IVs going, the orderlies who kept bringing me popsicles and ice, to Dr. G who's skill most definitely has added years to my life, the translators who answered so many questions for me, and to the Beach House staff who took me shopping for Lucha libre masks and let me borrow their blood sugar meter as I had run out of strips. "Mr. Pineapple" for taking me to a great steakhouse for my meal before surgery, and everyone else who made my few days in Mexico seem almost like a vacation. To anyone on the fence about making the decision to do this, think of it as the tennis shoe campaign, and "Just Do It." 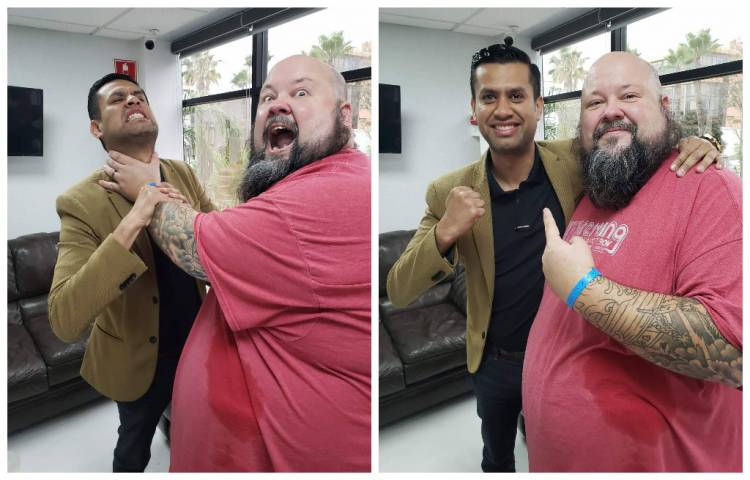 Jayson had his surgery on June 17th of 2019, and has lost a total of 188 pounds since. He feels his life has changed quite a bit since surgery in so many different ways. He no longer needs knee replacement surgery. He is no longer diabetic. He no longer has sleep apnea, and no longer has high blood pressure. He is proud to say that he is now one pant size away from where he was in high school, which is quite an accomplishment. He is so grateful to Pompeii Surgical for giving him the tool to achieve what he has put so much effort into achieving.

It takes work, perseverance, and determination to achieve such a feat, and anyone on this journey should be very proud of their accomplishments.

Jayson lived his life not letting anything get in the way of living his life, however, although he wouldn't change anything, he knows there are things he would have or could have done if things had been different. He definitely wouldn't have had health scares, but he lived a fulfilled life before surgery and definitely has been living a fulfilled life after surgery. There are things he wished he would have done before surgery but said in his previous interview that he felt like he had been born again and vowed to attack life the way he attacks in the ring.

Since his surgery, he has done and completed a 5k with his wife in December, and for those of you who have done any type of long-distance running, this is a tremendous thing to be proud of. He has been able to do fun things with his children that he wasn't able to do before.

"I've been jumping on trampolines with my kids at a local indoor trampoline business."

He has also booked roles in three different movies, and two of which he choreographed fight scenes. It is safe to say Jayson is living his life without fear and taking complete advantage of his new self-image and health. He also took on the role of a local Santa during the Holidays; a very fit Santa. 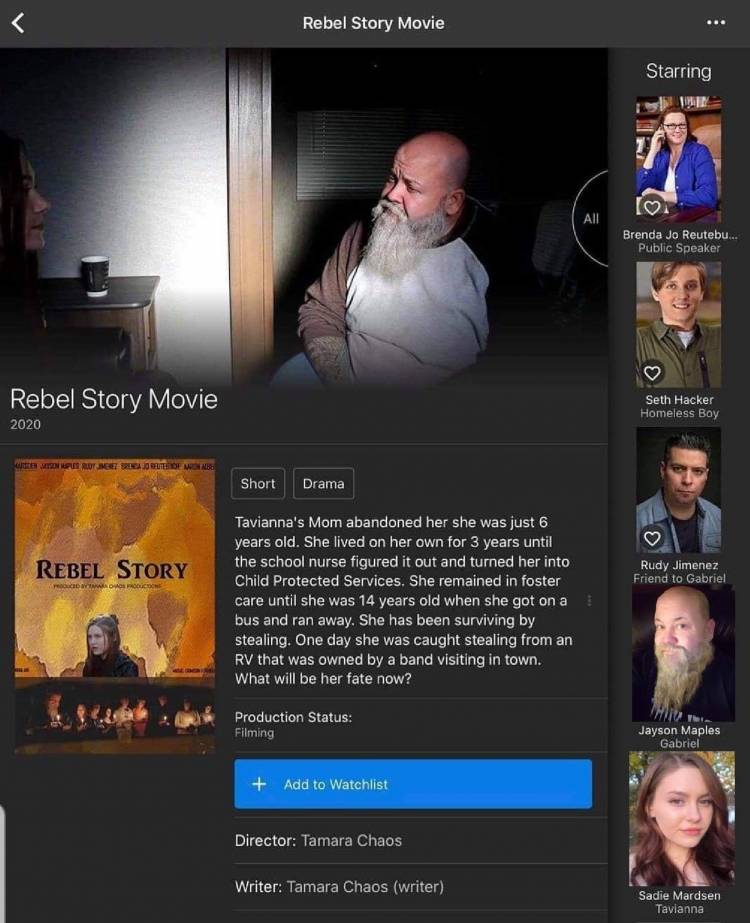 "My confidence is at an all-new high. I have submitted for roles I would have never submitted for before. I don't feel like a totally new person, I feel like me, but a healthier me. And it feels great."

Jayson didn't go through the grief period that some go through, and he had an incredibly excellent support system, which helped with the initial rough patch he went through directly after surgery.

"My family has been so supportive as have my close friends. I've only told the people who are closest to me."

When asked if looking back, he recognizes the person he was; he said this:

"I recognize him, but I'm glad he is gone. I will never ever forget him or the life I had when I was him, but it is time to create new memories with the new me." 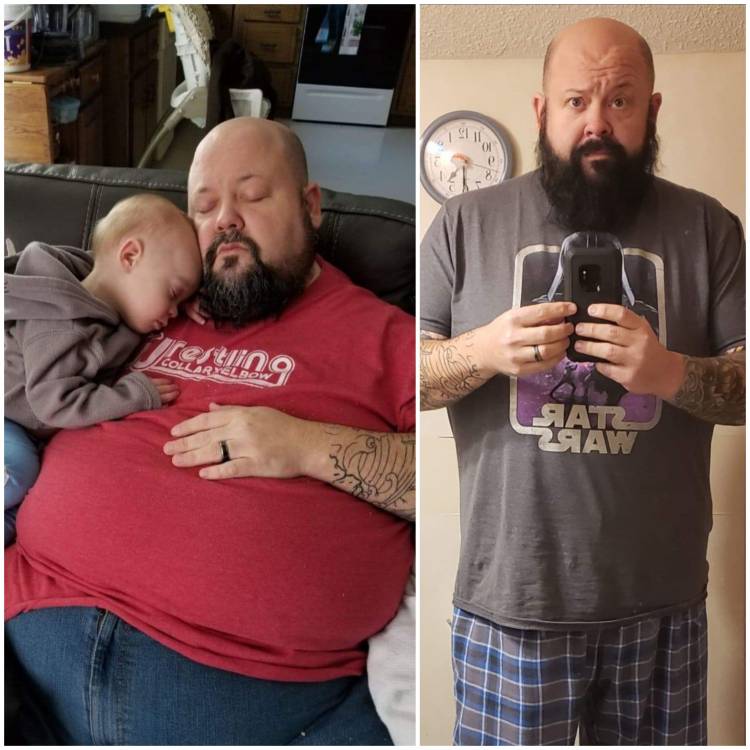 Jayson had an ultimate goal of 265 pounds and has reached that and then some. He is currently 261 pounds and so proud. His new goal is to get to 225 but is proud to have gone from his pre op weight at 465 pounds, to 261.  Down a total of 204 pounds since June 3rd of 2019.  He takes it one day at a time and still has issues occasionally if he eats too fast, but he is so happy with his new life and the new Jayson.

"I feel like I was obese my entire adult life over 560 lbs at my heaviest...i truly was not living... only existing... now I'm back in the same size pants I was wearing as an 18-year-old in 1988, and living life to it's fullest. I have zero regrets for going to Pompeii and highly recommend it.

If you are thinking about having surgery feel free to reach out to me."

Jayson is a fantastic person and would be more than happy to help anyone who is debating this surgery or Pompeii Surgical. He is the person to ask when it comes to all questions regarding thoughts and fears going into this significant life change. Don't hesitate to contact him or Pompeii Surgical directly.

"I Can't Thank Pompeii Surgical Enough for Giving Me a New Outlook on Life." -Ruth...