Holly Newton Wants to Help Others By Telling Her Story. 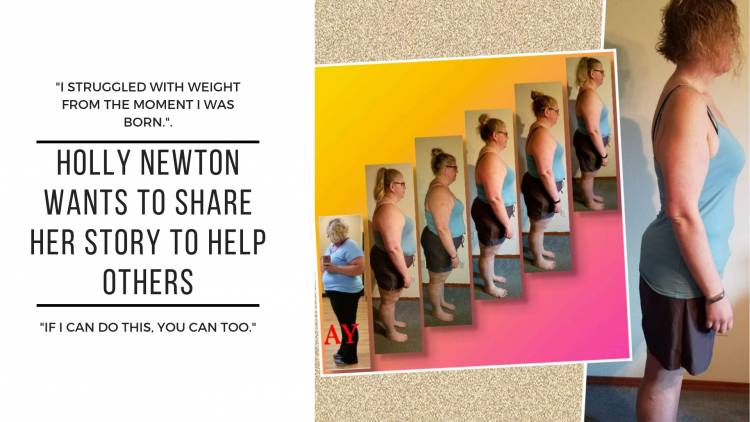 School is a rough place to grow up, and especially for those of us who are, what people call different. Weight is a difficult thing for a child to have to deal with, and on top of that, the relentless bullying that can come with being different is exhausting to anyone's spirit.

"I struggled with weight from the moment I was born. I was always the heaviest kid in class. I was made fun of and bullied. My first real date 'wasn't until I was 20 because men 'wouldn't even look at me. I was too self-conscious to make the first move. I had tried a few times, and they had laughed in my face."

Holly Newton dealt with bullying and had her size mocked in every way possible. She had to face the most hateful ridicule amongst her peers and because of it 'wasn't able to experience the things she wanted to experience, such as dating. Not only was she afraid to put herself out there for fear of being rejected. But that fear was actually made a reality by the men who 'wouldn't give her a chance to show them who she really was.  'Holly's weight impacted her life tremendously.

"Being heavy impacted every aspect of my life, even my work. It hurt to stand for too long. I 'couldn't apply for certain positions because I knew I 'couldn't tolerate the pain, or worse, I 'couldn't fit where I needed to be." 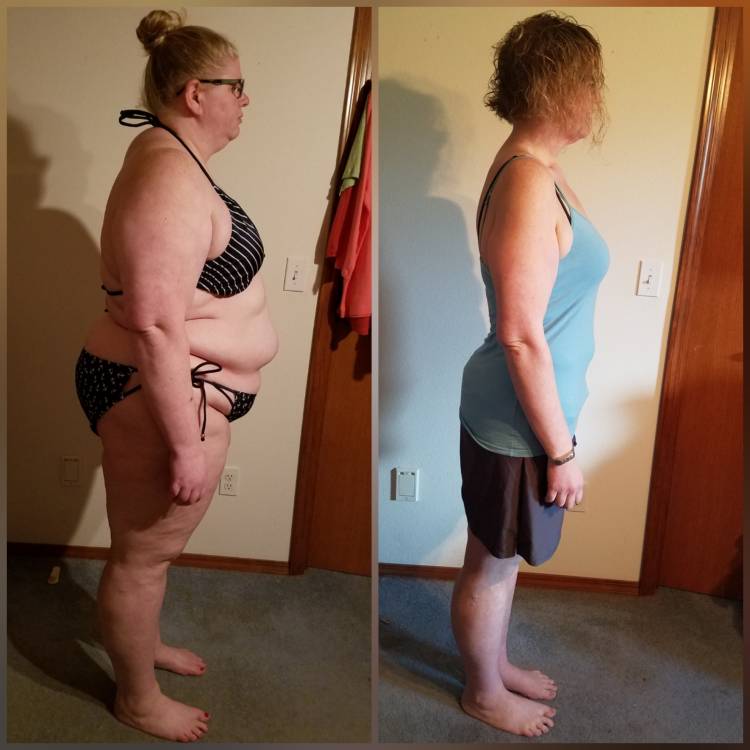 It not only affected her childhood and her working life as an adult, but it was also hard to know that it was even being mocked by people who she loved. Holly was devastated when her nephew began ridiculing her weight.

"My Niece was trying to get my nephew in trouble and told me that he had told his friends at school that his aunt was as big as Bowser. This is the big bad guy at the end of the Mario video game. It sounds silly. Knowing that my nephew thought of me that way was heartbreaking. I should be the fun aunt. He should have been bragging about me taking him to the park and all the fun things we do. Instead, the thing that stood out was my size."

Holly had tried everything she could think of to lose weight. She dieted, tried miracle pills, weight loss foods, and shakes, and even bought books and stuck to healthy recipes.

"At one point in my life, I was consuming 1200-1500 calories per day and working out 3 hours per day 6-7 days a week.  After three months, I only lost 20 pounds. As soon as I cut back to 3 days per week, I gained it back.  'I've tried drops under my tongue.  'I've tried such extreme dieting that I ended up in the emergency room. More than once!"

Holly didn't experience serious health issues but did suffer from migraines and some pretty severe back issues from carrying around so much weight all of her life. She did have several knee surgeries due to her cartilage shredding. Holly always suffered from endometriosis, and had some high blood pressure and was on medication for it. She never suffered from any other obesity-related conditions.

Pompeii Surgical was recommended to Holly by her Doctor.

"My situation was a bit different. While all of the aforementioned moments in life were traumatizing, I had never seriously considered WLS. Then I broke 4 of the long bones in my right foot. I was in a walking boot for months. It 'wouldn't heal. I was then on a knee scooter for months. It still 'wouldn't heal. I was told I had two options: Go non-weight-bearing or have WLS. My Doctor knew I had tried every diet under the sun, along with rigorous exercise with little progress. He also knew there was no way I was going to be in a wheel chair. In the same visit that he gave me this ultimatum, he also explained his recommendation on which surgery I should have. My response? "Sign me up!" 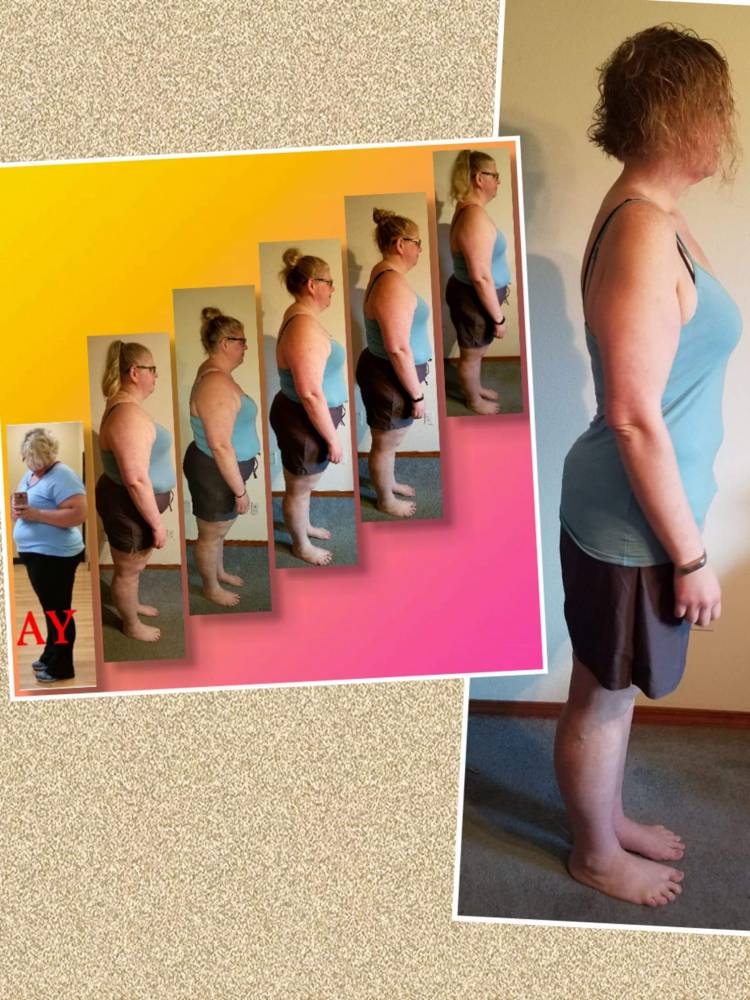 Holly's Doctor fought her insurance for months so that she would be approved but to no avail. After being denied, she did as much research as possible and was impressed with Pompeii Surgical.

"I called and scheduled my surgery. From the moment I decided to have the surgery to the moment I was flying home from Mexico was less than six months. I did lots of research on how to be successful. The pre-op diet 'wasn't fun but 'wasn't horrible. I ate as much as I wanted (which was a ton), just only what was on the list."

The experience was foreign to her and brought on a lot of emotions thinking about all of the other things she had never done because of her weight.

"I had never flown before my trip to Pompeii because I 'didn't think I could handle being squished in the seat. There were carnival rides I 'couldn't take my Niece and nephew on. I 'couldn't go in the hot air balloon with my family a couple of summers ago. I 'couldn't do the indoor skydive with my best friend. The list goes on."

Holly, like many, was fearful of her upcoming procedure.

"I was nervous that I 'wouldn't be strong enough to stay disciplined. That really 'hasn't been an issue though. I 'don't like pain. I 'don't like vomiting. I know my limits. I still get to try all the food I want, just very little of it. A lot of people asked me if I was concerned about having surgery in Mexico. I said no because 1 of 3 things was going to happen. I was going to die on the table; I was going to end up with complications, or I was going to have a completely successful surgery. The thing is, those same three things can happen in the US."

Holly had the gastric sleeve surgery with zero complications, and like others truly believes in the magic of walking after surgery. 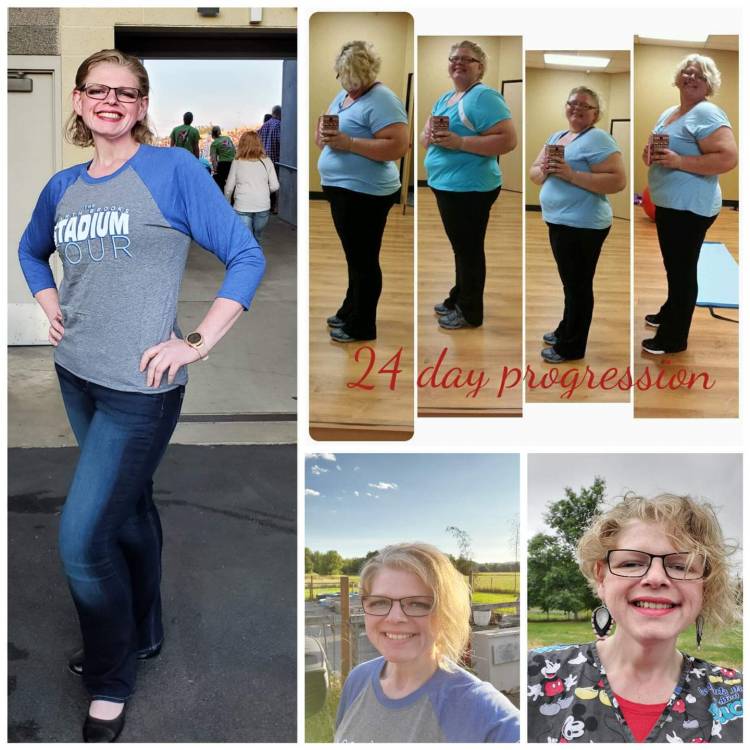 "I flew to southern California, where a Pompeii representative picked me up and drove me across the border. I checked into the facility. Within hours I had my surgery. They made five small incisions in my abdomen where they inserted clamps, a camera, and a drain tube. They lifted the liver (which is why it is so important that you follow the diet, so the liver shrinks) to gain access to the stomach. Approximately 70-80% of the stomach was removed. The incisions were sewn up except for the where the drain tube was placed which stayed there for a couple of days. I stayed at the facility for two nights. After that, I went to the beach house. By then I was walking on the beach and around Rosarito. I had minimal pain. The secret? Start walking from the moment you wake up! My first thought was that I needed to get up and walk around. I had heard that the gas pains were what got you. As soon as I could, I was up and moving. I had very little pain. I was even taking care of my roommate that 'wasn't feeling well. The very next day I went for a walk outside. Each day I walked farther. Three days after surgery, my friend had to tell me to stop because she was worried about me, but I felt like I could keep going forever!"

There have been so many happy moments for Holly since she had her life-changing procedure.

"The first big one was the day I returned to work. I had taken a month off because I tend to speed walk all day. Sometimes I even have to run and lift people. The day I returned, every person stopped me because they 'couldn't believe how much I had lost in that short period of time!"

Like any life-changing experience, it 'hasn't been without struggle, but Holly takes every hurdle with stride.

"There are some small things I struggle with. I have issues with my pulse and with circulation. My Doctor says 'it's because there is no longer fat and therefore pressure pushing against my veins. I get dehydrated easily because I 'can't chug liquids. This leads to getting dizzy easy. Those are really my only complaints. I have almost no pain which I never thought I would ever say. As I mentioned before, most of the previous ailments have all but resolved!" 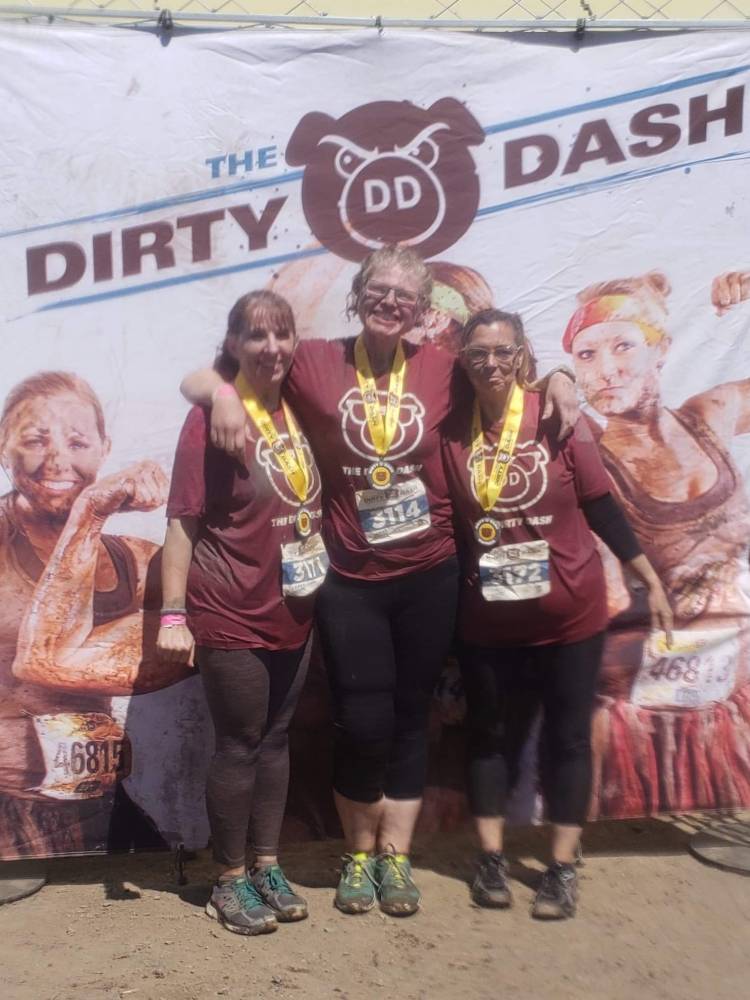 Holly, throughout all of her struggles before and after surgery 'wouldn't change a thing. She is so excited for the rest of her life and knows now that she has what it takes. She just had to believe in herself.

"'t's never too late. You can do this. You 'won't fail. I was so scared that this would just be another, very scary, very embarrassing, very expensive, very painful failure. I lost 150 pounds in 11 months. 'I've kept it off. I am not perfect. I cheat. I do all the things I am not supposed to. But I do it in moderation. I stay balanced. I know that If I can do this, you can too.
HW: somewhere above 370 but I refused to weigh
SW: 347
CW: 196
Surgery date: 4/6/18
There is no such thing as TMI. If you have a question, ask. You are not the only one going through this. Rely on your Pompeii family. We are here to help. Learn from our journeys!"

Jessica Middlebrooks Thinks the Reward of Health and Happiness was Worth The Process.

Yvonne Reilly Shares Her Story in the Hopes to Help Someone...