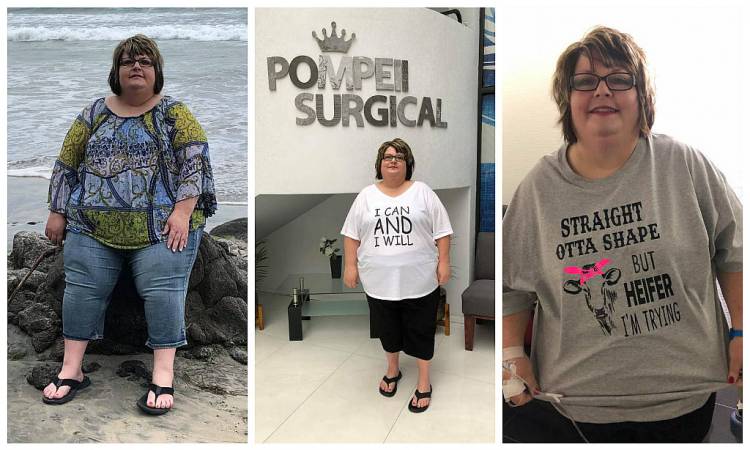 "As a child, I was overweight.  It stopped me from doing things that might draw attention to me like playing sports.  I had plenty of friends, and no one made fun of me because I have always been a confident person.  In High School, I had lost a lot of weight, but by 18, I found out I had PCOS."

Christy Northcutt Kennedy Rolf in her late teen to early adult years began struggling heavily with weight gain due to her polycystic ovarian syndrome.  Due to her hormonal disorder, it also was preventing her from getting pregnant. It's due to an excess of the male hormone in the woman's body.  It leads to infrequent menstrual periods, which makes it harder if not impossible, to get pregnant.

"I was told I might never have kids, but God is faithful, and He gave me two boys four years apart.  However, I was never able to lose the pregnancy weight.  I have tried every diet out there some helped, but it always came back.  I am such an outgoing person, but I found myself separating from other people.  Friends would invite me to functions, but I was always worried that I couldn't keep up.  I would be so out of breath, and it was embarrassing.  Heaven help me if they wanted to sit in a booth table at a restaurant.  I would go shopping sometimes and would sit in my car for 20 minutes trying to convince myself that I could make that walk.  Funny thing is once I got a buggy to lean on I could do it.  Getting on a motorized scooter was never an option for me.  I wasn't going to let my life come to that." 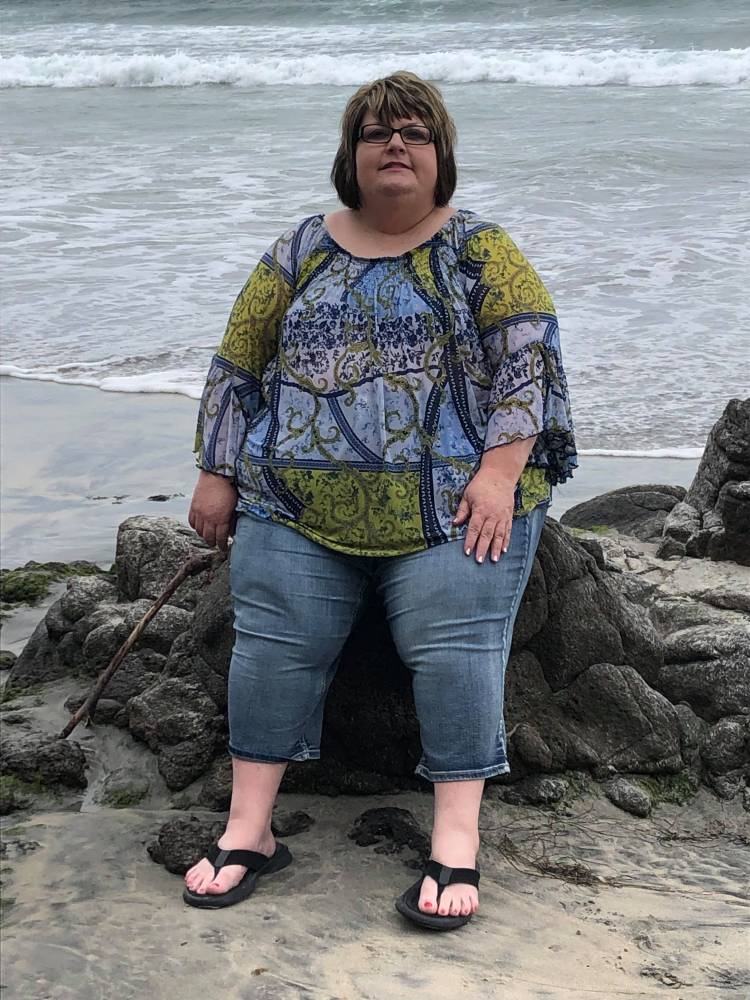 Christy was worried about going out into the public due to the reactions she would get from people.  Not only did she feel bad about her weight, but she always had people point it out and make her feel worse.

"Being stared at by small children in stores was awful.  Once a child said Mama, that lady is so fat.  Even on the airplane coming to have my surgery, a teenage boy laughed at me trying to buckle my seatbelt.  Looking in the mirror or looking at pictures when you go, how did I get that overweight?  It doesn't happen, but you ignore it until it's looking back at you."

In 2018 Christy had her thyroid taken out.  Her Doctor informed her that she would then gain weight which was exactly what she didn't want to hear.

"I realized I had gained 50 lbs and was having trouble with my knees and hips that I had to do something.  My primary Dr. suggested weight loss surgery.  My insurance wouldn't cover it, and he suggested Mexico.  I was totally against it.  However, I had just had a new grandchild.  My step daughter sent me a picture of me holding the baby.  I cried when I saw how big I was.  At my next Drs appointment, we talked about Mexico again.  I told him to let me think about it and pray about it.  Seven years ago, I cashed out a 401k from a job that I left that money had been in a savings account.  I was going to do a remodel on my house, and that fell through so I just left it there for a rainy day.  So I said Lord if this is what I'm supposed to do open the doors for me.  I went online, filled out the application, and was approved.  When I talked about the cost of surgery with them and airline tickets and hotel, guess what?  It was exactly the amount I had in that savings account.  I took that as my green light to go!" 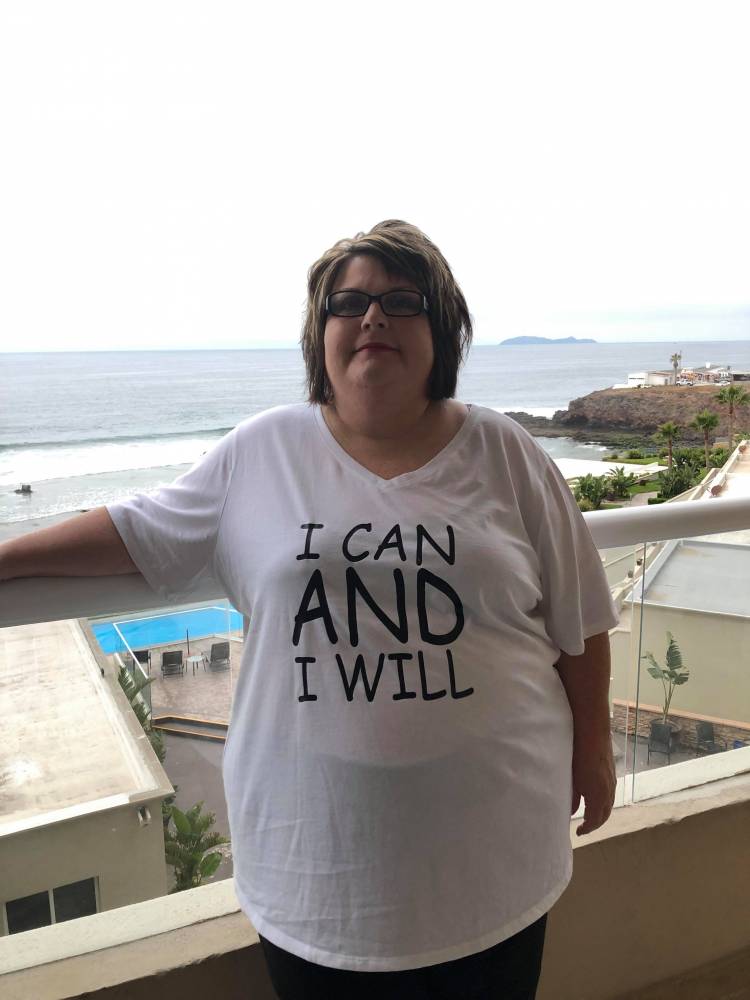 Christy had to keep herself busy after deciding to go to Pompeii Surgical so that she wouldn't talk herself out of it.  She kept busy with her online vinyl business and in the meantime, researched pros and cons of the surgery she was preparing for.

"I decided to open up with the people around me about my choice to go.  People who know me know I don't jump into things, and this was no different.  No one tried to scare me or talk me out of it.  I had plenty of support from family and friends.  When the pre-op diet started, my Husband even did it with me."

Christy was suffering from joint pain that hurt all over daily like flu symptoms.  Her knees hurt, her feet had numb spots and tingled all the time, and her hips hurt all the time. 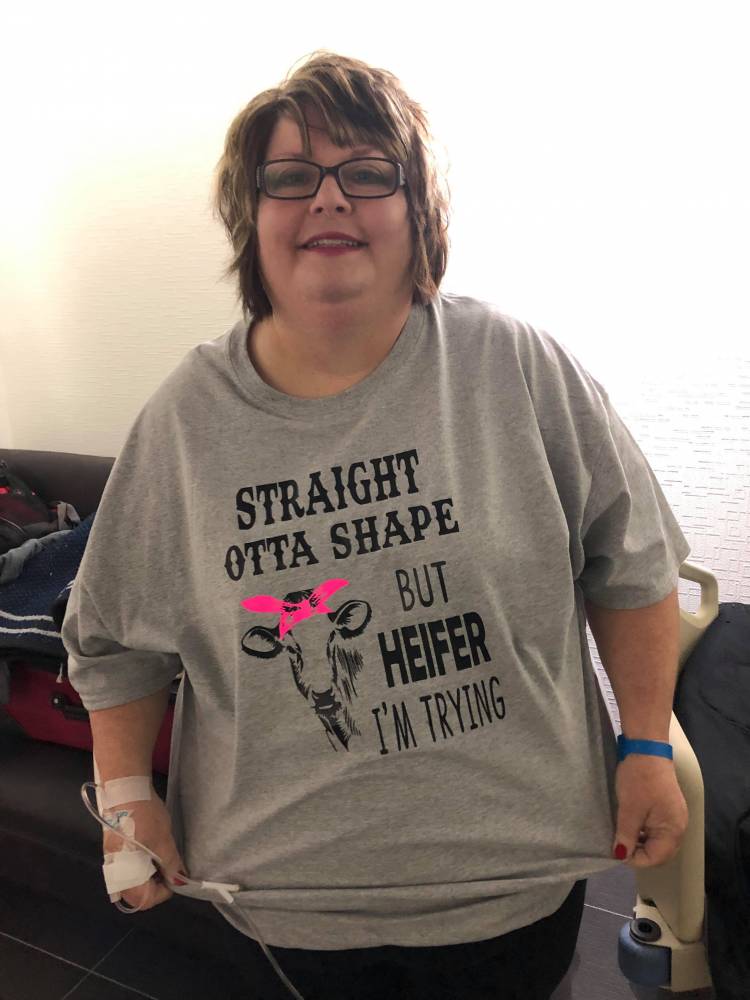 "I slept on a mountain of pillows at night to breathe.  I had constant heartburn, had my thyroid taken out, and would get out of breath just to walk across the room.  To the world, they see a strong-willed woman who wasn't worried about what others thoughts, but inside, I was screaming for help.  I was sad to even look at myself in the mirror."

Although she was sure she wanted the surgery and had the green light from God and friends and family, she was still nervous and concerned about certain factors.

The day eventually came, and Christy had her procedure done.  They removed 70% of her stomach, and she reports having an excellent recovery. 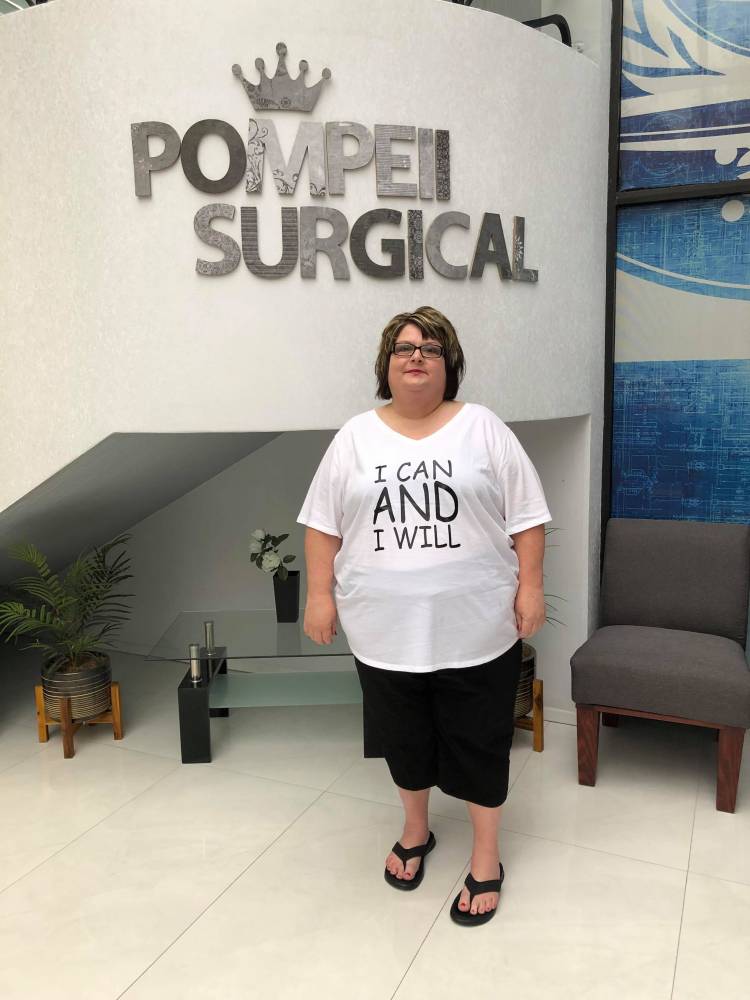 "The day of surgery when they weighed me, I had lost 30 lbs.  That was in itself a huge surprise.  I knew then that I could do this and I will! I'm three days post op. I'm sitting in an airport trying to get back to Texas.  With any surgery, I hear the third day is the worst.  I hurt and am very sore today, but I have my eye on the bigger prize to come.  Given that it's three days out it's hard to tell how I feel, but overall it's been way better than I thought it would be.  In a few weeks, all of this pain will be behind me and life as I knew it would be so different."

Tahnescha Rubner Knew That Weight Loss Surgery Was Her...

91% Of All Bariatric Patients Can Be Financed

Inhouse financing programs have matured allowing 91% of all bariatric patients to...