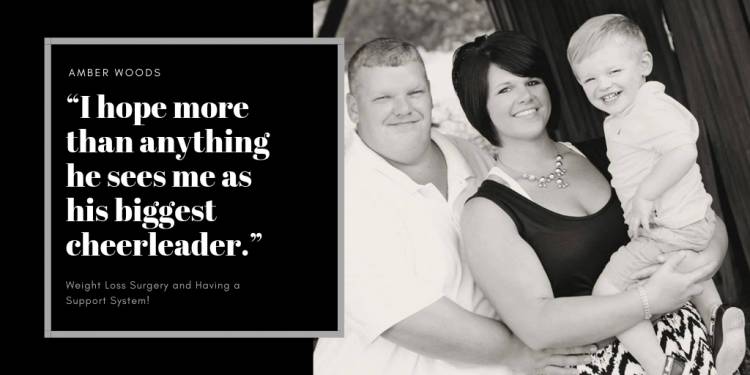 There is so much to be said about the strength of those who go through weight loss surgery. It takes courage and a lot of hard work. Behind almost every patient’s success is a secure support system. Whether it be a friend, family member, or spouse, these are the people who push the patient to try and to stick with it. The spouse is the backbone of the process. Amber Woods loves her Husband and would do anything to help him get healthy.

“I have pushed for the surgery for years. I even switched to a better job at the hospital for the insurance only to find out afterward that it was the only exclusion that it would not cover.”

Amber was constantly worried about her Husbands health due to his weight, and it took a toll on her and their marriage. She didn’t want to lose him but knew that if he didn’t get help, she more than likely would. Not only was she worried about his health, but she knew that his weight and health issues were changing him. He was miserable.

“Before he was put on a CPAP machine for sleep apnea, I woke up numerous times a night to make sure he was still breathing. I just knew one of those days I would wake up with him dead beside me. He hurt constantly; the swelling in his feet and legs was beyond anything I had ever seen before. He slowly turned into someone I didn’t know anymore. He was just so unhappy with life.”

Amber pushed and pushed for him to get help and to get the surgery, but she felt as though she was the only one trying, and it was causing marital issues. 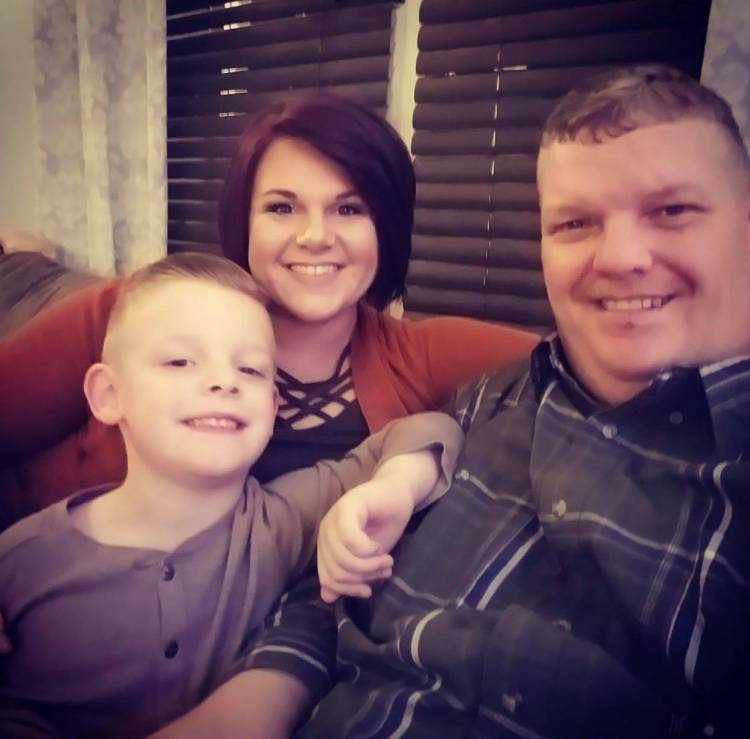 “We actually separated for a short period. I felt like if he wasn’t going to try anymore, neither was I. Thankfully we were able to work it out. I probably pushed for the surgery more than him. He wanted it, but I knew it was the only option that would work best for him.”

Amber and her Husband had been through so much, and she cared so much about him that she was willing to do whatever it took to convince him to get the help he needed. It was painful for her to watch him struggle. She felt not only horrible about the pain he was going through but also the embarrassing moments for him in which she was left helplessly watching.

“There was an incident where we met some friends after church to eat, and he couldn’t fit into the booth. It was terrible to watch.”

Amber was resolved to helping him through pre-op after he had decided to have the procedure.

“He never asked for anything. I don’t think he ever had to. I hope more than anything he sees me as his biggest cheerleader.”

Pre-op is difficult on the patient preparing for their surgery. They are completely changing their eating habits, and it can even leave them with psychological struggles while they are moving in the direction of changing their lives. It is also difficult for the person supporting the patient. They struggle with helping their loved one go through the process and stay strong, but they often feel guilt and fear of the procedure itself. 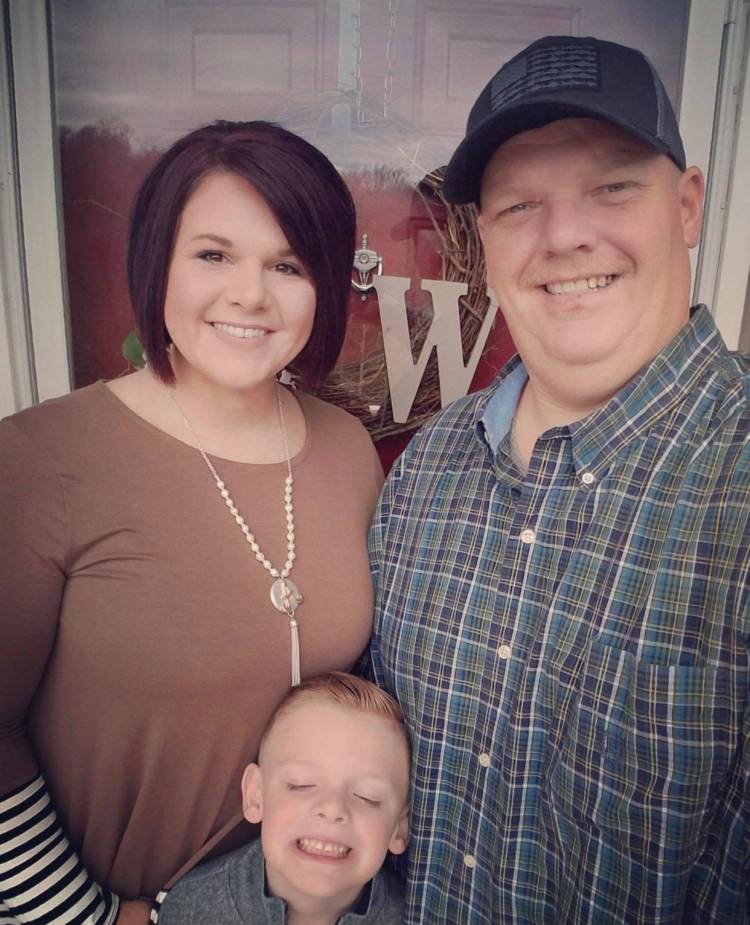 “The hardest part was the guilt of eating when I knew he couldn’t. He was doing very well with it, but I tried only to eat when I wasn’t at home or around him. I worried was it truly safe? The worry of complications and being so far from home was scary. I honestly just prayed. I had peace before we even left that I knew he would be fine.”

Amber and her Husband Randall arrived at Pompeii Surgical and were impressed with the facility, and it’s staff. Randall received a complication-free Gastric Sleeve Procedure. He breezed through recovery and credits his wife for getting him through the process.

“All the support she gave me and everything she did to get me to have the surgery. I wouldn’t have been able to do it without her.”

Amber was happy with the process, the facility, and the procedure and how it changed their lives for the better.

“It was hands down the cleanest facility I have ever been to! I work in a hospital, and it could use some pointers from them. They were amazing. My Husband did great. Hardly any pain and he was able to return to work within a couple of weeks. I tried my best to just be there for him. Things are better than they have been in years. He’s so much happier, and you can hardly get him to sit down.”

Life has not only changed in the aspect of Randall’s health and weight loss, but they are also expecting a baby girl who will change their lives forever.

“Our marriage has even improved. The biggest change we are about to face now is bringing a little girl into the world in a couple of months. I truly feel like we are the happiest we’ve been in many years.”

Randall had the best support system he could get in the form of his loving wife. He feels that he would not have been able to do it without her support, and any form of support when going through such a drastic life change is imperative. Amber was not without her share of struggle as well, but she has some poignant words for those who are the support system in this type of scenario. 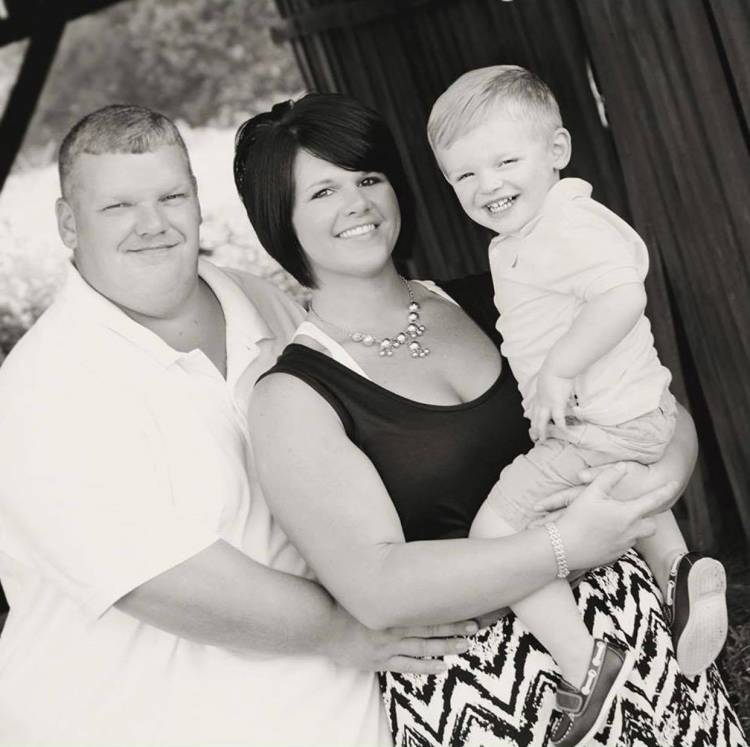 “Just be there for them. This isn’t just about you and your feelings. Try to be as encouraging and understanding as you have ever been. This is a huge lifestyle change, and it’s not the easiest transition. I would recommend anyone to go to Pompeii Surgical. Amazing staff, clean environment, and they help you from the very moment you fill out the application.”

Christine Zach Explains Why Weight Loss Surgery is NOT...

Ricanda Doctor says "If you want a doctor who's attentive,...